First Fridays: Groovin’ on the Pike

Arlington Arts has partnered with Columbia Pike Branch Library to present our music program First Fridays: Groovin’ on the Pike. Featuring a diverse line up of musical groups from near and far, guests can dance in the stacks and drink beer and wine provided by the Columbia Pike Revitalization Organization every first Friday of the month! 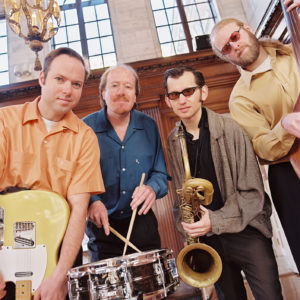 Moving and shaking into their 3rd decade in the world of rock and roll, The Grandsons recently, the group released their first ever holiday CD, Christmas with The Grandsons, and headlined at the world famous 930 Club in Washington DC. The roots rock quartet has performed extensively throughout the US, and has even toured internationally in Germany, France, Canada, Taiwan, and the British & US Virgin Islands. In 2012, the band received an Arts Envoy grant from the US State Department to perform for a week in El Salvador. 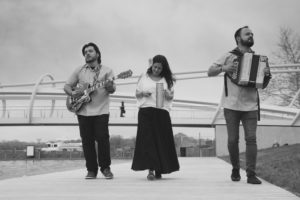 November 1 – De Sanguashington
De Sanguashington offers a variety of Colombian rhythms including vallenato, cumbia (popular folk music from Colombia’s Caribbean region), and tropi-pop (a blend of traditional musical forms with foreign Latin genres, such as salsa and merengue). De Sanguashington has emerged as one of the premier Colombian bands in the Washington, D.C. area. 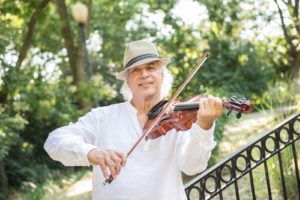 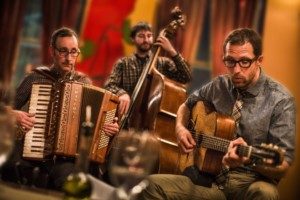 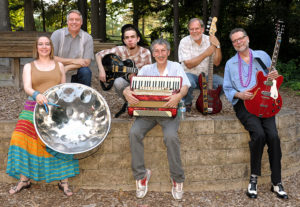 February 1- Little Red and the Renegades
Blues, Zydeco, Funk, R&B, Country, Gospel, Pop, Compas Direct, Latin, Jazz and Carnival Flavors from all over the world have been blended and distilled into the Renegades’ sound.  This is party music, best served with good friends, food and drink, and lots of dancing. 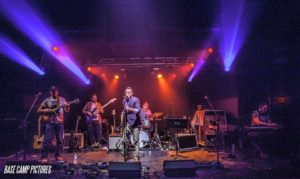 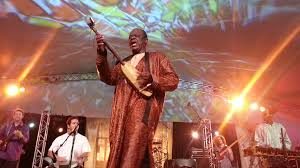 November 2- Cheick Hamala Diabate
Washington may be chock-a-block with lobbyists and consultants, but only one of them rocks the n’goni, the West African plucked lute covered with animal skin. He advises presidents and the World Bank. He’s played for everyone from a struggling couple trying to save their marriage, to the U.S. Congress. He’s hobnobbed with American string and Blues legends—from Bela Fleck to Corey Harris—and along the way reunited his beloved  instrument with its long-lost grandchild, America’s banjo. 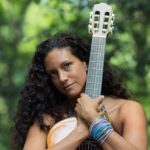 Cissa’s captivating stage presence and soulful voice bring music that is upbeat and engaging. She’s known and loved among the lovers  and dancers of Brazilian music not only as a performer, but as an ambassador of her genre. Her upcoming album promises a combination of Afro-Brazilian base with funky and soulful influences. A musical melting pot of fresh collaborations with highly acclaimed artists from her home country.

April 6 – Rene Ibanez & Cubano Groove – From boogaloo to Latin-jazz, Cubano Groove will have you up and dancing! The band has deep roots both in Cuban music and in DC’s broader music scene. Featured at the 2016 DC Jazz Fest, the Band was a mainstay at the club HR-57 (at both the 14th St and H St locations), performing with icons such as Cuban pianist Chuchito Valdes.

March 2 – Two Ton Twig – Honoring a time and spirit when music was more raw and honest, Two Ton Twig references the past while charging headfirst into the future. Built on a foundation of classic bluegrass instrumentation, this string quintet combines emotion and depth with their raucous and carefree attitude, to form a wholly original sound. The result is both captivating and foot-stompin’ fun. RSVP here.

February 2 – DC Highlife Stars – DC Highlife Stars have been lighting up dance floors across Maryland and DC with their irresistible blend of music from West & Central Africa, along with original compositions that bring the party into the here-and-now.  The vibe is just relaxed fun, but with world-class groove masters slinging deep-pocket bass & drums, percolating double-helix guitars and earthy harmonies all so you can forget your troubles and dance.

December 1 – Tounge in Cheek Jazz Band – Blending the sounds of Storyville and Congo Square, the rich sophistication of the Roaring Twenties in NY and Chicago, and the low-down, dirty depressed era of prohibition, Tongue in Cheek Jazz Band takes you back to an authentic and exciting time where American music was born, raised, and experienced with pure joy! Tongue in Cheek has been described as “Baltimore’s vehicle to the past!”

November 3 – Caz Gardiner – Caz has performed with the BandHouse Gigs, Newmyer Flyer productions and The Beat Hotel. She was the lead singer for The Ambitions, a 60’s influenced soul/rock band which in 2008 was nominated for a Wammie (Washington Area Music Association) in the best new band category; and the rocksteady/reggae band Caz and The Day Laborers. In 2010, she was nominated for a Wammie in the best traditional blues/RnB vocalist category for her work with Caz and The Commotions

October 6 – LADAMA – LADAMA is a music ensemble comprised of four musicians from across the Americas (Brazil, Colombia, Venezuela and the U.S.A.), who strive to engage youth and other women in their respective communities in the process of music-making, sound design, composition and audio production. LADAMA performs modern, soulful and vibrant original compositions that celebrate cross-cultural, Pan-American collaboration. South American and Caribbean rhythms such as cumbia, coco, maracatu, onda nueva and joropo run like currents through pop and soul-infused songs sung in Spanish, English and Portuguese.