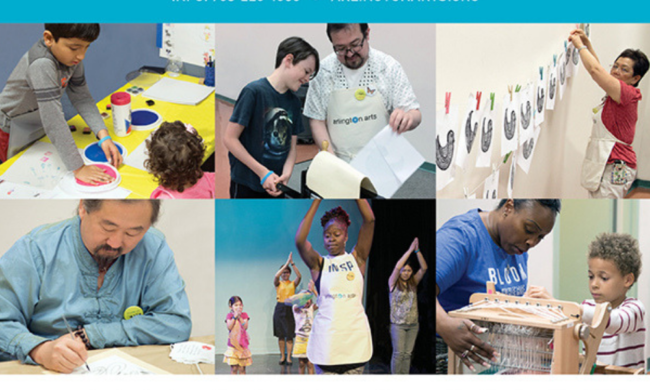 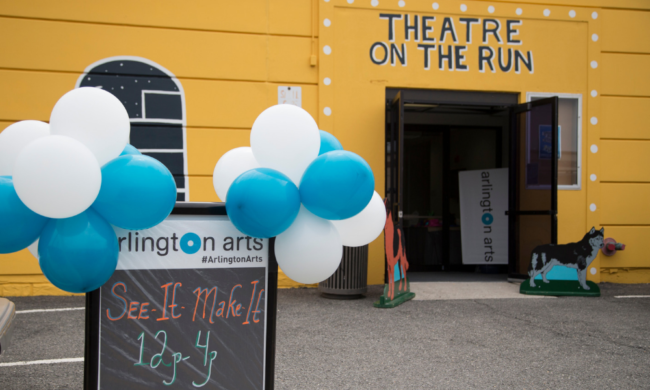 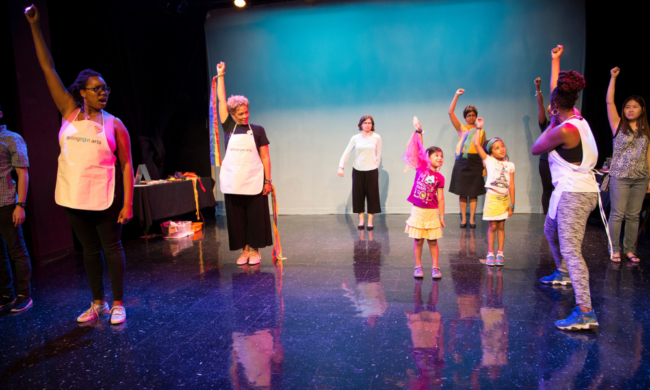 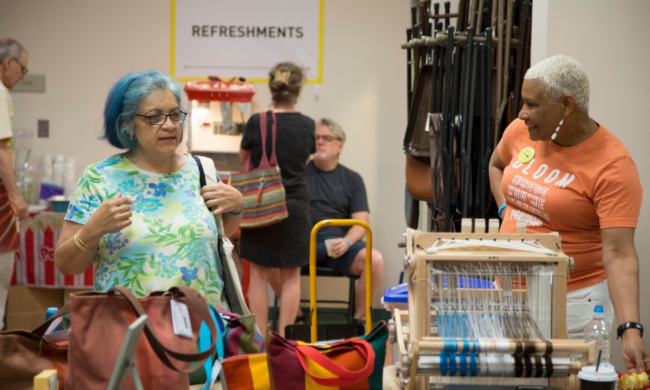 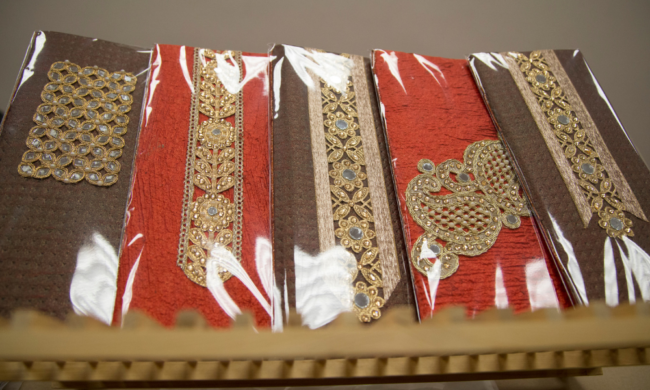 Learn the latest innovations in papercutting, 3-D printing, mask making, pottery, weaving and much more from an amazing group of artists and makers. Experience hands-on making and innovation. Not an arts and crafts fair, Make Your Mark!  lets you immerse yourself in a multicultural coming together of artists and makers ready to ignite your creativity! This is a participatory event for the whole family.

The Maker Movement is a community of millions of people who are taking the entrepreneurial leap to start their own small businesses dedicated to creating and selling self-made products. Modern technology allows the individual to create and distribute unique items, skipping the middlemen like manufacturers. Working in fields ranging from food to crafts to technology, the emergence of these innovators marks a transformative time in history when creatives… Make Their Mark! Fun for your whole family (including those with 4-legs). 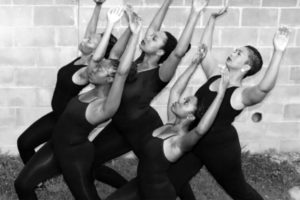 Ebony Day Dance is an Arlington-based company founded in 2014 by choreographer Ebony Day. EDDC, as it is affectionately called, has a total of seven members who share the same passion for movement but possess many different dance backgrounds. The company performs genres of dance from ballet, modern, African, jazz, and liturgical dance. EDDC believes in the power of movement and the power of communication through the body. More about the Company 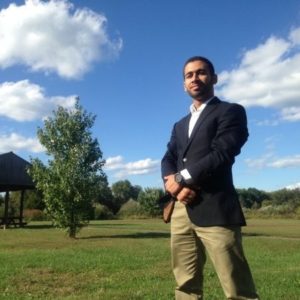 Ahmad is an artist and a calligrapher, and his work embraces themes from his hometown of Palestine, and the larger Arab world. His father walked him through the basics of sketching and critiqued his artwork as it matured. After moving to the United States for his education, Ahmad developed love and admiration for both Eastern and Western cultures. His work reflects this cultural intersection as it stretches across borders, unimpeded by boundaries. More about the artist 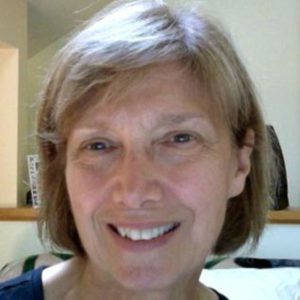 Mary Briggs relocated to Pittsburgh, Pennsylvania, from Arlington, Virginia, where she worked for 23 years as a potter and arts manager. She was the Director of Lee Arts Center Studios in Arlington, for eleven years before overseeing services for artists and developing programs in folk and traditional arts in Arlington County. Currently, she is an Artist Associate at the Pittsburgh Center for the Arts, and the Founder of You Are Here: A Place for Art, a community-focused art nonprofit in Jeannette, Pennsylvania. She is also a Folk Arts consultant and an adjunct lecturer in the Cultural Sustainability Graduate Program at Goucher College in Towson, Maryland. More about the Artist 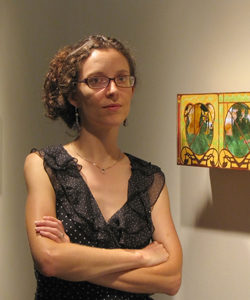 Melanie Kehoss began to explore papercutting in 2003 and in 2008 made her first light boxes which continue to be her signature art form. Her work has appeared in over eighty exhibits throughout the country. She is the founder of the Greater Westover Studio Tour in Arlington, VA, and Co-Vice President of Membership for the Guild of American Papercutters and has lectured at Georgetown University, Carthage College, and University of Wisconsin-Madison. More about the artist 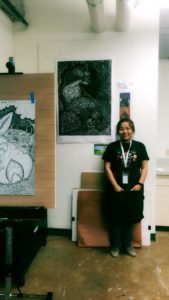 Jun Lee (Falls Church, VA) is a printmaker who works in large format woodcut utilizing animals as metaphors to convey competition in our daily lives. She is currently the Printmaking Artist in Residence at the Lee Arts Center in Arlington, VA where she has focused on large-scale woodcuts and screenprints. Lee is one of the semifinalists of 2018 Sondheim Artscape Prize (Baltimore, MD). She was awarded the Denbo Fellowship from Pyramid Atlantic Art Center (Hyattsville, MD) in 2017 and completed winter residencies at Penland School of Crafts (Penland, NC) in 2017 and 2018. More about the artist

Carmen Lynette is a crafter based in Elkridge, MD. She has always enjoyed the arts and spent many years crafting with her three daughters. Now that her children are adults, she is focusing on more personal projects, including a journal filled with her favorite words, pictures, and memories. Carmen’s other crafting interests include cigar and matchbox art, paper decorations, and sewing. She spends most evenings working on one of her many projects and researching new art techniques. 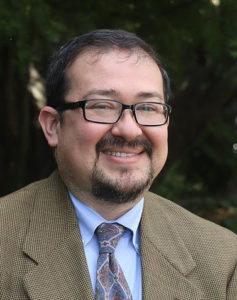 Steven Munoz originally from New Mexico, Steven came to Washington, DC to attend American University where he received a Bachelor of Fine Arts degree with a concentration in printmaking. Today, his work is in the permanent collections of the Western Railroad and Mining Museum in Helper, Utah and Arlington County Government in Virginia. Steven is currently the Director of the Lee Arts Center, a program of Arlington Cultural Affairs. More about the artist 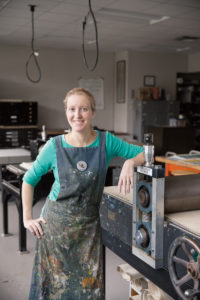 Westen Muntain creates images of the ocean and the shore by combining intaglio printmaking and acrylic painting. She is a self-taught painter who received her MBA in printmaking after training for two years in Italy. She was initially a photographer, and her work is still based heavily on photography. Her pictures explore the ideas of permanence and mutability and of what, precisely, constitutes visual reality. Her work has been exhibited and sold both nationally and internationally. More about the artist

Jillian Neri is a senior at Wakefield High School, where she has served as Wakefield Theatre’s Stage Manager for the last four years and is currently working on their production of Chicago the Musical. Jillian was part of Signature Theatre’s Signature in the Schools program for four years spending the first half of her tenure in the costumes department and the next half as Stage Manager, most recently for The Spoken Word, an original play about censorship. Her artistry and love for creating are expressed in many forms, including through cosplay, prop-making, stage design, painting, sewing, knitting, and bead work, to name a few. Jillian has participated in Make Your Mark for three successive years as a way of connecting with the community and demonstrating her maker skills, teaching children about patterns and sewing, hopefully to inspire the young and young-at-heart alike. 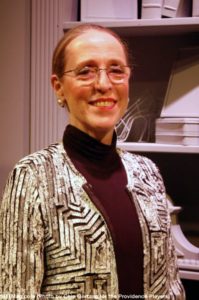 Kate Brown Pernia came to millinery through a career performing on Broadway and holds an MFA in Drama from the University of Virginia. She studied with Ann Albrizio, at the Fashion Institute of Technology in New York, where she earned a Certificate in Millinery. Her work has been seen on stage at City Opera, Broadway, and regional theatres in Virginia, Alabama, and Texas. She was resident milliner for the Alabama Shakespeare Festival for two years and her work has also appeared in galleries in Los Angeles, CA, Montgomery, AL, and Houston, TX. Kate served as millinery consultant for the Museum of Fine Arts Houston’s Haute Hats exhibit and the Moody Mansion millinery collection.  More about the artist 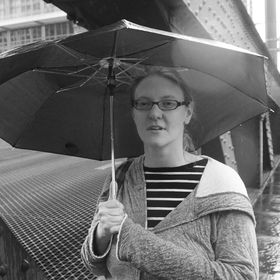 Michelle Sasscer lives and works out of her home in Silver Spring, MD, just a hop from her hometown of Takoma Park. Having studied art and modern English literature in San Francisco and Charlottesville, it was not until the birth of her son in 2007 that Michelle finally found her wheelhouse, as mother and fiber artist. Starting with simple, colorful baby toys, she continued to experiment and play with wool, making toys that followed the growth of her boy. Eventually she found a passion for making ornaments and small, whimsical wool figures and continues to do so, always finding new joys to explore. More about the artist 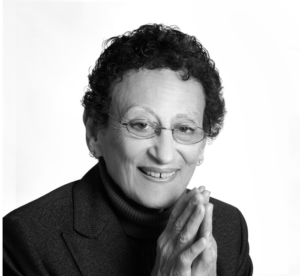 Nina Tisara is a mosaic artist who began her career as a freelance photographer at the Port Packet (now the Alexandria Gazette Packet).  In 1990, she opened her photography studio in the newly developing King Street Metro area. Two of her children joined her in the business endeavor and her son Steven Halperson, now runs the studio. Since 2004, Tisara has turned her artistic attention to creating intricate pieces of mosaic art that is widely collected. More about the artist 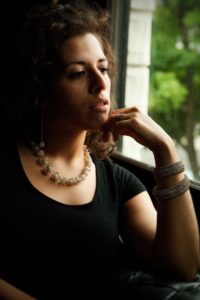 Tamara Wilkerson started making jewelry in 2003 along with many other DIY art’s & craft kits. While in high school, she focused on designing and improving quality of materials to launch a fun small business. Through college, Tamara experimented with even more mediums, like sculpture, graphic design and dance. Tamara combines her perception of the world with the natural forms her materials make to produce dramatic & unique pieces. WiRealm is the result of a natural creator and entrepreneur who creates wearable art while staying true to her style and passion. Tamara’s jewelry is unusual, elegant, charming, and designed to appeal to all ages, genders and range of styles.  More about the artist 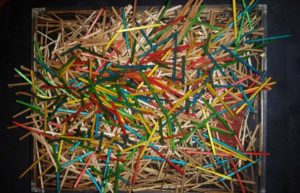 Tracy Wilkerson spent 20+ years in front of a computer for Corporate America and started with handmade one-of-a-card greeting cards which are now being sold in stores, online and at vendor shows.  In 2008, Tracy began working with 2D and 3D mixed media artwork, using found objects, especially items headed towards the landfill. Tracy uses materials in very interesting ways. All the straight black elements in her displayed pieces are VCR tape. Who knew there could be so many different ways to use VCR tape, CDs, floppy discs or circuit boards? Tracy’s work has been called high-concept, minimalist, one-of-a-kind ... not sure what to call Tracy’s style but she calls it fun!  More about the artist

ServiceSource is a 501(c)(3) nonprofit organization with a mission to facilitate services and partnerships to support people with disabilities, their families, their caregivers and community members in order to build more inclusive communities.

Palette22  is a vibrant restaurant in the heart of Shirlington, offering global small plates and a unique art-filled setting. Modeled after it’s ‘sister’ concept, the iconic Cafe Tu Tu Tango in Florida, Food, Fun & Art abound at Palette with vibrantly colored walls, and an abundance of art on display. Local artists paint throughout the restaurant and display their art while patrons dine. The works of these and other artists are also available for sale through the restaurant.

Arlington Public Library is the heart of a thoughtful, inclusive and dynamic community where people and ideas connect. We champion the power of stories, information and ideas.We create space for culture and connection. We embrace inclusion and diverse points of view.

Gallery Underground presents Contrast, on view during the month of July. There are dark shadows o...