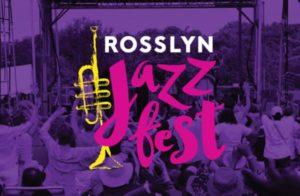 SPIN called them “the sort of neo-retro group you never knew music was so badly missing,” and NPR’s Bob Boilen wrote that “this band is on fire when it’s in front of an audience.” Their 2018 release, “Everything Here,” highlights their “Gulf Coast soul” sound, a mix of the different cultures and musical styles present around the Gulf Coast and the city of Houston, the band’s hometown.

Cha Wa is Mardi Gras Indian slang meaning “we’re comin’ for ya” or “here we come”—embodies the city’s street culture while adding a modern twist. With their ever-evolving sound, Cha Wa received a Grammy nomination in 2018 for their most recent album, “Spyboy,” which highlights their new horn section and vocals supplied by frontman J’Wan Boudreaux. Boudreaux is the grandson of the most prominent Mardi Gras Indian today, Monk Boudreaux, the Big Chief of the Golden Eagles tribe. They’ll be playing at the Rosslyn Jazz Fest during their summer jazz festival tour that includes the Rochester International Jazz Festival, Telluride Jazz Festival, Monterey Jazz Festival and more.

“It sounds like she’s partly in the moment and partly looking beyond it, and seeing truths that we’ve missed,” says NPR’s First Listen. Leyla is a New York-born Haitian-American who sings in French, Haitian Creole and English, and plays cello, tenor banjo and guitar. Her third solo album, “The Capitalist Blues,” was released in January. She calls this album her way of processing the current political environment. It has received praise from The Guardian, NPR and Popmatters.

Founded in 2014 by Elijah Jamal Balbed, JoGo Project is inspired by the musical stylings of Chuck Brown. A mix of jazz and go-go, the group performs throughout the DMV and has played at The Kennedy Center, Blues Alley, Funk Parade, H-Street Festival, Velvet Lounge, The Lincoln Theater and many others.